A New High – An Interview with Producer Eamon Downey

By Gina Haines in In The News March 2, 2016
Recovery Beyond > In The News > A New High – An Interview with Producer Eamon Downey

In A NEW HIGH, a diverse group of men and women come together to climb out of homelessness and drug addiction through an unorthodox recovery program that uses mountain climbing as a means of rehabilitation. After one year of intense physical and mental conditioning, the team attempts to summit one of the most dangerous mountains in the country, Mt. Rainier.

Producer Eamon Downey spoke to me earlier this week about the making of the film:

JS: How did you become of aware of Mike Johnson and this rather unique rehabilitation program at the Union Gospel Mission in Seattle?

ED: Our film’s Executive Producer/Producer Philip Erdoes had heard of a similar program in Washington around a decade ago. Given the unique approach of this recovery program and it’s tremendous success in helping addicts overcome their addiction, our team reached out to the program in 2012. After a little digging, we found Mike Johnson leading his own climbing out of homelessness and addiction program at Seattle’s Union Gospel Mission. Our production crew flew out to visit the team and himself to see if there was a film there. It was probably within five minutes of meeting Mike and the team that we decided it was imperative we move to Seattle immediately to spend a year documenting this transformative story.

JS: How did you approach them about making your documentary?

ED: Approaching anyone to be featured in a documentary is a delicate subject especially when we’re looking to follow them as they recover from the darkest periods of their lives. However, being in the depths of recovery, the team members felt it was equally important to share this story of perseverance, if for nothing else so that it may inspire other addicts to seek treatment.

JS: Was there any hesitation from any of the participants featured in the film in taking part?

ED: Initially upon hearing that some filmmakers from New York City want to follow their lives in recovery for a year, there may have been a bit of hesitation that was quickly alleviated once we met with the team members. It was clear that we wanted to share this story for the same reason they agreed to participate: to share their journey and instill hope in others struggling to summit their own personal demons. Once we established we were all on the same page, all the participants were eager to be part of this film. 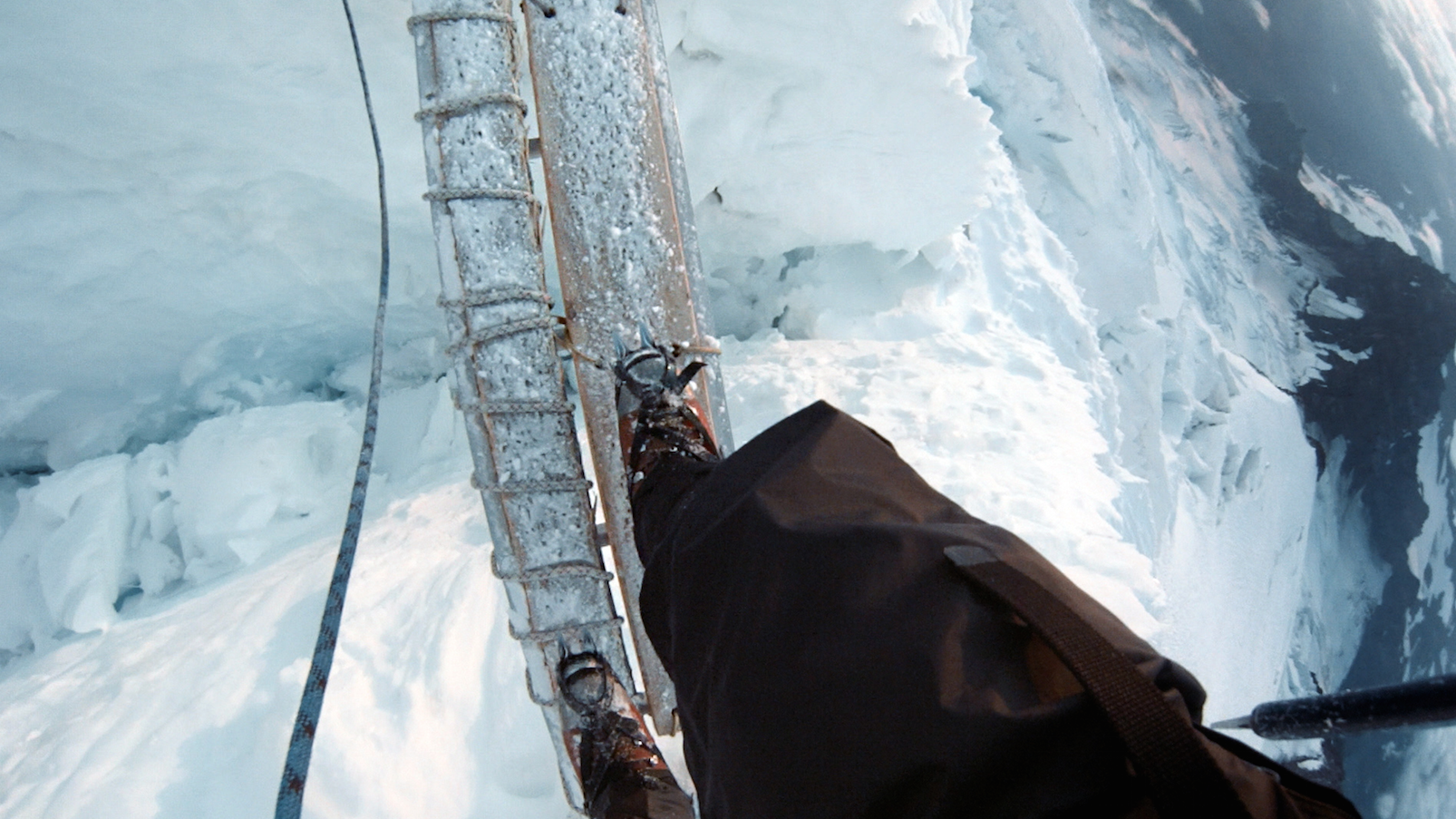 JS: How tough was the climb up Mt. Rainier for you as filmmakers – physically climbing and capturing it on film?

ED: Climbing a mountain is a challenge. Climbing a mountain with the extra weight of film equipment in addition to your climb gear is extremely difficult. Running up and down along rope lines to capture each character as they make their way to the summit is almost beyond comprehension,  but Samuel and Stephen did tremendous work filming the climb as you’ll see on screen. They trained alongside the recovery climbers throughout the year, but between the extra pounds on their backs and filmmaking duties it’s almost as though they had summited the mountain twice during the climb, but without a single complaint. The importance to do justice to the story was their fuel.

JS: It’s a very inspiring story that unfolds as we root on the participants, both with the climb and in putting their lives back together – can you talk about how it was for you as filmmakers witnessing both the triumphs and pitfalls?

ED: Spending a year in such an intimate setting with the recovery climbers really transformed them from documentary subjects to friends whose recovery we personally cared about succeeding. Being an objective documentarian is such a difficult balance and of course we were proud of their personal triumphs and saddened when some recovery climbers hit roadblocks in their path.  The real lesson learned here isn’t if you summit you win or if you stumble you fail; it’s your perseverance to stay sober or to keep coming back for treatment that defines your recovery.  It’s just as inspirational witnessing a full recovery as it is seeing someone that stumbled get back up and keep trying.

A NEW HIGH screens on at 8:30pm on Friday, March 4 at the Peabody Essex Museum http://salemfilmfest.com/2016/films/new-high/