In 2008, Mike Johnson, then a Program Manager for Seattle’s Union Gospel Mission, and a former Army Ranger, came to the realization that the folks going through the recovery program faced not just addiction issues, but also socialization issues.  They were isolated from society.  They had a definite “us versus them” mentality.  They were them, and the rest of the society was “normal people”. 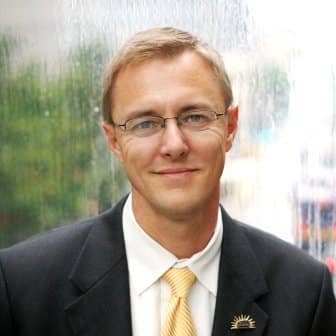 Mike wanted to take up that socialization issue, to come up with a way to break up their sense of reality as a way to further enhance their recovery experience beyond the recovery program itself.

Looking at Mt Rainier, he said, “Why not climb that?” It was very clear that climbing Mt. Rainier would definitely break up one’s perception of reality. Many of the folks in the recovery program had never been out of the city. Those who came from rural/hunting backgrounds had outdoor experience, but not climbing experience, and none had the experience of “team” which is needed to climb a mountain.

But Mike had NO mountain climbing experience either. He reached out blindly to Rainier Mountaineering for assistance, and ultimately reached a senior guide, Art Rauche, who said he’d be willing to assist a climb of Mt Rainier.

But there was a lot of training and development needed to go from “Let’s Climb Mt. Rainier” to actually CLIMBING Mt. Rainier.

Justine Kam, a donor relations person at the UGM had a donor, Mark Ursino, who was a very experienced mountain climber. Justine approached Mark and asked if he would be willing to work with the program. Mark told Justine, “Let’s set up a lunch with Mike, and if he’s not too crazy, I’ll work with the program.” 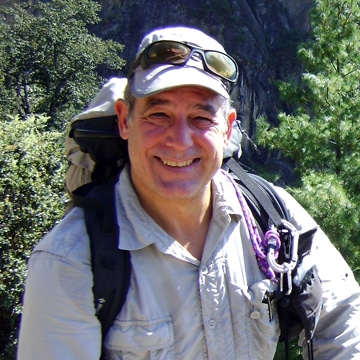 Well, Mark and Mike’s lunch went well and was the foundation of a partnership that not only made the “Climbing Out Of Homelessness” program a reality but has continued to be a success since 2011.

The program proved to be a way to take some very promising people and put them on an extraordinary path. We don’t supplant recovery programs, we seek out the most ambitious people in their recovery programs and instead of putting them on the normal path that would be the outcome of the recovery program itself. We socialize them not just as team members of “equals”, but they are supported on all their hikes by volunteers of “others” who walk with them as partners. We put those few people on an extraordinary path.

As a result, more than any other program, our graduates come back to give back. They not only become productive members of society, but they also become contributors and leaders. And our volunteers who support the recovery climbers become involved in ways they wouldn’t have, and bring more volunteers into the “fold” – a “ripple effect”.

Climbing Out Of Homelessness wasn’t created to expand the number of folks moving out of addiction and homelessness, it was about taking a promising few, and not putting them on a “normal” path (which people typically tread 7 times before walking a normal recovered path) but putting them on an extraordinary path of accomplishment that will reach beyond their own recovery.

But Army Ranger Mission Program Manager Visionaries are in short supply – as are experienced mountain climbers who retired young and are financially independent. Our time for driving the program is passing.

Recovery Beyond Paradigm was created in 2016 as a non-profit foundation set up to provide an organization that can recruit, train, and supply program managers who can sustain and broaden the Climbing Out Of Homelessness Program.

In 2019 the foundation name was shortened to Recovery Beyond and the program name evolved to simply Climbing Out. These changes reflect a revitalized direction the organization is taking to bring healing to more people.

Today, Recovery Beyond is taking what it learned on the mountain to the streets by targeting the greater recovery community and the thousands struggling with substance use disorder. By keeping our program low-cost, easy to access, and marked by healthy-restorative-relationships and physical fitness, we are committed to positive growth. We empower each other to live vibrant, meaningful lives. We are a safe place where we work together to achieve our goals. Join us as a Member, Volunteer, or Investor because everyone has a mountain, and no one should climb alone.

Check out the award-winning documentary, “A New High,” which dramatically illustrates the power of a supportive community and an audacious goal in the battle against substance use disorder.

View the trailer for “A New High,” the documentary about the Climbing Out of Homelessness program