Lessons From Boxing: In Life And In The Ring
Program Spotlights

Lessons From Boxing: In Life And In The Ring

Recovery Beyond > Program Spotlights > Lessons From Boxing: In Life And In The Ring

“Come to boxing and you’re going to learn about yourself…”

Boxing is often thought of as a fast-paced workout, but it can be more than just a way to work up a sweat.

Mike, the owner of Cappy’s Boxing Gym in Seattle says that the sport creates a healthy environment for cultivating self-awareness. He states, “I started boxing and very early on learned that it’s a safe space for self-awareness and self-development… I love the physicality of boxing and linking that physicality to life.”

Mike began boxing 18 years ago at Cappy’s and immediately fell in love with the sport. He then became a coach and eventually bought the gym. 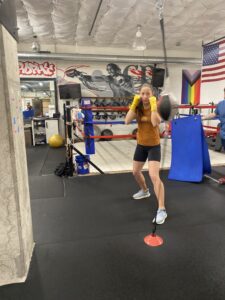 Boxing involves working in sometimes intense and elevated situations such as being close to others during punching drills like mitwork.

When in close contact, emotions may become heightened and behavioral patterns can be revealed. This environment can illuminate fight, flight, or freeze responses.

Learning how to handle situations where you are scared or uncomfortable is one of the most empowering things a person can do.

It helps us recognize our patterns and reactions so that we can change them if needed in the future. This type of self-awareness also helps build confidence, making us feel better about ourselves and more confident when facing other difficulties in life. 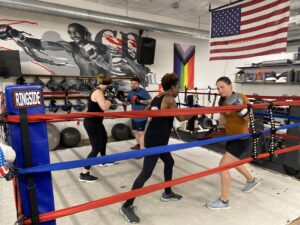 Responding in the Moment

We all have challenges that we face, whether that be in the boxing ring against an opponent or within ourselves.

In these scenarios, it can be helpful to identify automatic reactions.

Mike explains, “When you’re typically in that heightened situation, you’re timid, you don’t like being there. A skilled opponent in boxing can pick that off easily because they can sense that. Do you stand with confidence and deal with the situation even when inside you’re going ‘oh my gosh get me out of here, this is not good’?”

Whether you’re dealing with a physical situation or emotional one, being able to respond in the moment is a skill.

Learning your patterns has power. If you can recognize your default response, you then have the ability to learn and change your reaction.

You can explore ways to improve your responses and make choices in the next situation that serve you better.

Mike elaborates, “In that heightened situation when shit hits the fan, then you learn, is that [automatic response] efficient? Does this work for you? What adjustments do you want to make to those defaults?” 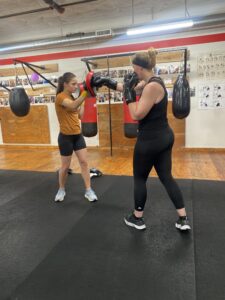 All levels are welcome at Cappy’s boxing. Mike says, “Most boxers, when they start, are super nervous. It’s a heightened situation just walking downstairs into the gym. That’s super common. I appreciate that authenticity.”

Classes are group fitness based and follow a circuit training format. Boxers work on the fundamentals of boxing such as stance, cover, and punches.

Boxers are paired up and moved through different stations that last 2-3 minutes – the typical length of a boxing round. Each station has a different focus and drill.

Mike sets the scene, “You’ve got a coach telling you what you’re doing and what the drill is, then they’re letting you go and practice it. You might feel like you suck at it or like you’re a badass or somewhere in between.” 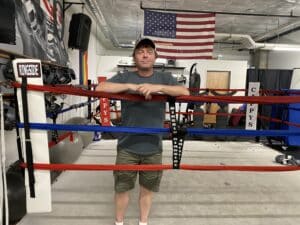 More Than a Workout

The overall feel of the class is energetic and lively. Everyone is working to the best of their ability, some are exhausted and taking a break while others are pushing through the entire workout.

Mike elaborates, “Everyone is doing it [boxing] at their own pace and we’re just guiding them along the way. The beginner level is basic body awareness and being able to understand, ‘Hey you’re gassing out. Let’s make some modifications. Let’s pace ourselves.’”

Mike believes in boxing, not only as a form of fitness, but as a form of self-discovery, confidence building, and connection.

Our next all-level boxing session is on Monday, December 5th. Register here.

“It’s like hanging out with friends you’ve never met before.”

West Tiger 3: Journey to the Summit