If you’ve ever checked out Recovery Beyond’s Facebook page or Instagram account, you’re more than likely familiar with the friendly, smiling face of McKenzie Johnson, one of Recovery Beyond’s “super” volunteers. In the photos shared, you might see her standing atop a mountain she’s just climbed grinning from ear to ear or proudly posing with a group of Recovery Beyond’s program participants on a training hike that she has led.  If you’re like me, you may know McKenzie’s name from a Washington Facebook hiking and climbing page called the Washington Hikers and Climbers, a place where McKenzie has shared her story of recovery and adventures in the mountains over the years. 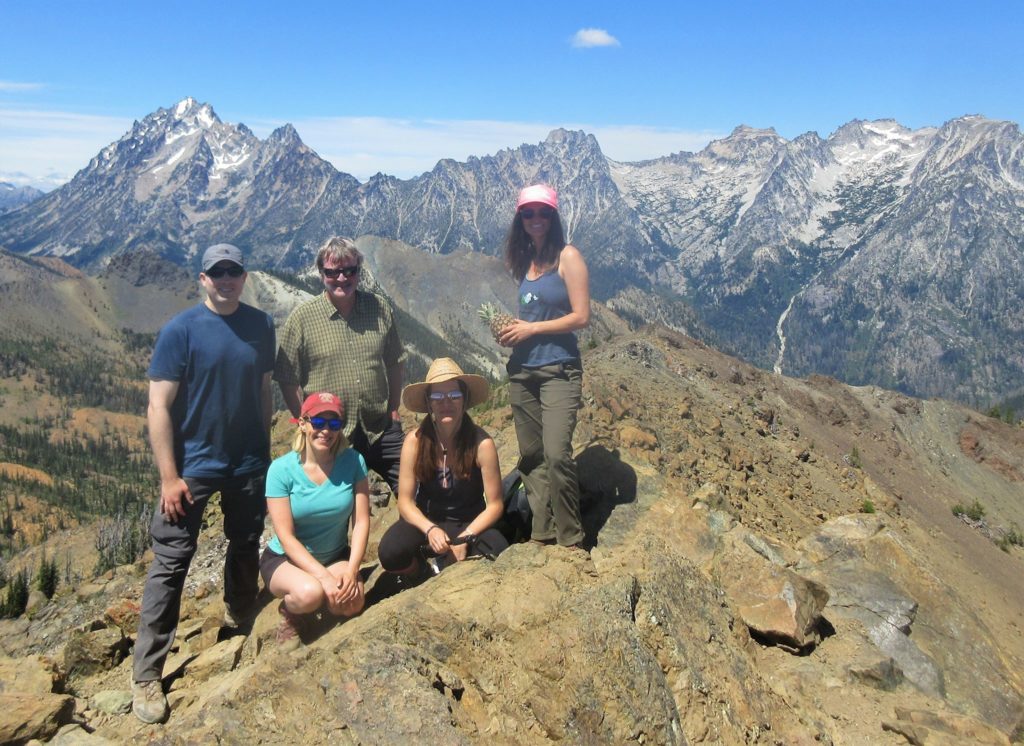 McKenzie is very involved with her community and the causes that are closest to her heart. The creator of Washington Hikers and Climbers, Lee Jacobson, stated, “[McKenzie] is a rock star on the WHC page, and last year, I auctioned off a hike with her on the page (to Earl Peak), and we raised more than $2,600.00 for Kittias County Search and Rescue.” Professionally, McKenzie fights blood cancers with The Leukemia and Lymphoma Society through fundraising. She coordinates and promotes The Winter Pineapple Classic, a 5K Obstacle Course fundraiser and promotes and fundraises for another LLS physical challenge, The Big Climb. She does this for her mom and for loved ones and friends of loved ones who have blood cancer or have lost someone to blood cancer. 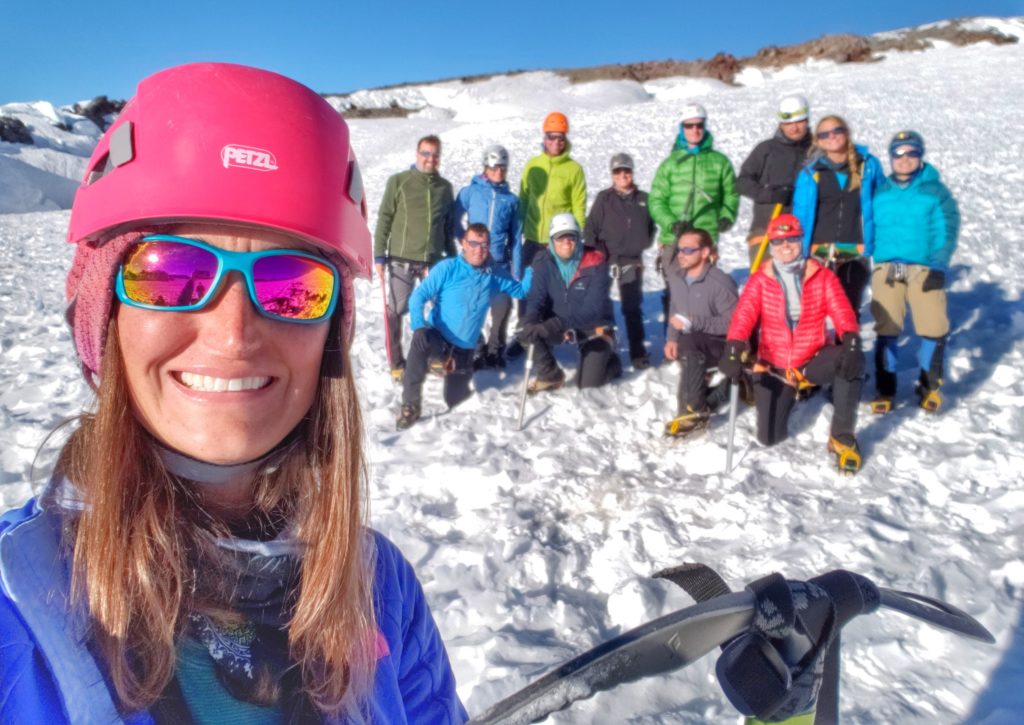 “McKenzie is on the front lines, bringing our message of hope and community to the larger recovery and mountaineering communities in the Seattle/Tacoma area. Her efforts on our social platforms and through her work as a volunteer have taken the organization to new heights and driven awareness for our cause in ways we couldn’t have imagined.” – Christopher Mohs, Marketing and Digital Volunteer

McKenzie’s passion for Recovery Beyond stems from her personal experience in recovery. McKenzie has been in recovery from alcoholism for almost 7 years (June 20th will be 7 years) and kindly shared her whole story with me. She grew up in Seattle in an upper-middle-class family and had a relatively normal childhood. However, she blamed her parents for certain things (later in recovery it became clear that her parents were never the problem), and in high school developed an eating disorder. She wanted to be as independent of her family as possible after high school in order to “hide” her addiction, so she moved down to California to attended CalPoly college. As a soccer player, she could’ve played competitively, but a preconceived idea of what the college experience was supposed to be like caused her to focus more on drinking.  Her eating disorder eventually morphed into alcoholism and she became a full-blown alcoholic.

McKenzie made herself independent from her parents so they couldn’t have control over her life. She tried to outrun her addiction but eventually realized that because addiction existed in her head, she could never outrun it. She lived in California for ten years, moved to Australia for a year, and then moved back to California. She knew for two years before she got sober that she needed to stop drinking. McKenzie’s sister was a driving force for getting her into treatment. In 2012, she finally asked for help and went to treatment in Vancouver, Canada for five and a half months. It was there that she was taken to a climbing gym, one of the activities that were offered as part of the program. Despite her fear of heights, she fell in love.

While in treatment, her dad packed up her stuff in California and drove it to Seattle. Once she finished treatment, McKenzie had no place to go except home, which was a place she was scared to face again. Home was where everything had started for her. After she finished treatment, she went back to Seattle, though. She went to AA but wanted to keep her focus on recovery with a hobby she enjoyed as well. Knowing how much she had enjoyed climbing while in treatment, she decided to join Stone Gardens. She took classes, met a friend, and started climbing outside.

As McKenzie got more and more into climbing, her mom grew increasingly concerned for her safety. She suggested that McKenzie look into climbing with Alpine Ascents. McKenzie picked up a 6-day mountaineering course on Baker with only four months to train, and even though it was the hardest thing she has ever had to do, it was also the most amazing. She fell in love with glaciers on this climb. To this day, it’s where she wants to be. She says she’ll never forget the weather because it went from being awful (pouring rain) to being amazing on summit day.  After this climb, she started climbing more independently, took an immediate course the following year, and then climbed Rainier in 2014.

One of the biggest takeaways from treatment McKenzie says is that you CAN have fun without drinking or doing drugs. Successful recovery requires more than just attending AA and therapy. Finding a hobby is just as important and climbing became her hobby.  The mountains have been a huge part of her recovery. Her family has also been incredibly supportive. 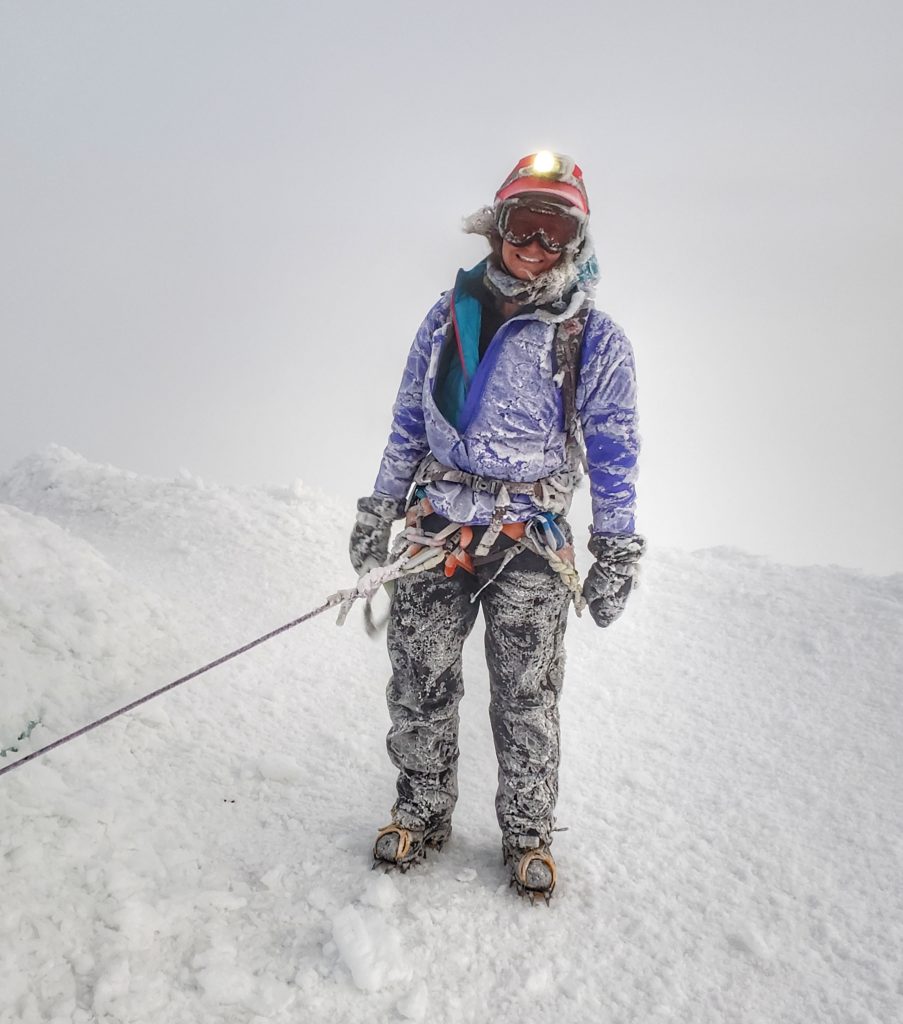 “You may not know it, but McKenzie has played a huge ‘behind the scenes’ role in supporting and growing Recovery Beyond. Between her in-field leadership, recovery mentorship, running countless errands, regular program advising, managing our social channels, and sharing her large network of resources with us, she has played a significant part on our team. McKenzie is hands-down the most supportive and helpful volunteer we have, she might as well work for Recovery Beyond! But I think she likes it that way; a way to give back, to recover, to enjoy the organization, while staying behind the scenes and watching it grow. She has given so much, and we couldn’t do this stuff without her. Period.

I think the best example that displays this is how she has shown up. McKenzie has been at nearly every hike, lead on every mountain trip, been at every briefing and orientation, volunteer hours getting gear and meal packs prepared, opened her family’s studio for us to use 3-4 times for community events.

She is smart, constantly giving good advice about organizational development, or who should meet who for recovery reasons, as well as executes any responsibilities delegated to her.” -Nate Lanting, Recovery Beyond Program Manager

When a person is filled with passion in the way that McKenzie is, it is hard not to feel inspired by them. After talking to her on the phone, her humble and down to Earth nature makes me wonder if she is fully aware of the impact she is having on others. She is authentic, strong, selfless, and grounded. She truly believes that you can do anything you set your mind to. Even though the hikes and workouts that Recovery Beyond offers can be physically hard, she believes that they are nothing compared to what program participants have been through with their addictions. McKenzie inspires others and encourages them to be who they want to be and to challenge themselves. She relates to the participants because she sees herself in them. Her recovery story is like their stories. McKenzie’s biggest pleasure now is seeing someone’s face light up with joy when they go outside.

Back to that “super” volunteer concept: What is a “super” volunteer, you may ask? McKenzie. Hands down, McKenzie. I asked her how many hours she has put into the organization, and last year she said she volunteered about eight to ten hours a week of her time. She went on every hike except one. She helps with social media and is a lead mountaineer guide on teams. What doesn’t she do? To top it all off, she is AIARE2 certified and WFR certified. And she is an ice climber.

“McKenzie is one of those people who just exudes life – she is constantly on the go and working to make things better for others. She is always ready to offer good ideas and to roll up her sleeves to make things happen. McKenzie excels at anything related to social media and getting a message across. She has relentlessly volunteered her time and talent for Recovery Beyond in ways too numerous to count. What a pleasure she is to have involved and to working on our behalf. We can’t thank her enough.” – Gina Haines, Executive Director of Recovery Beyond

McKenzie gets way more out of her experience with Recovery Beyond than she puts into it, she says. She believes that volunteering is a great thing in and of itself, but she also believes that it makes you a better person and helps you grow. McKenzie would like to thank Nate, Becky, and all the program participants who have become like family to her.

To anyone interested in volunteering with Recovery Beyond, McKenzie states that it is a growing organization and that you can seriously make a difference. If you want to help, don’t be shy about it! Send your ideas our way. Even something as small as sharing our Facebook posts or one story on a page makes a difference. 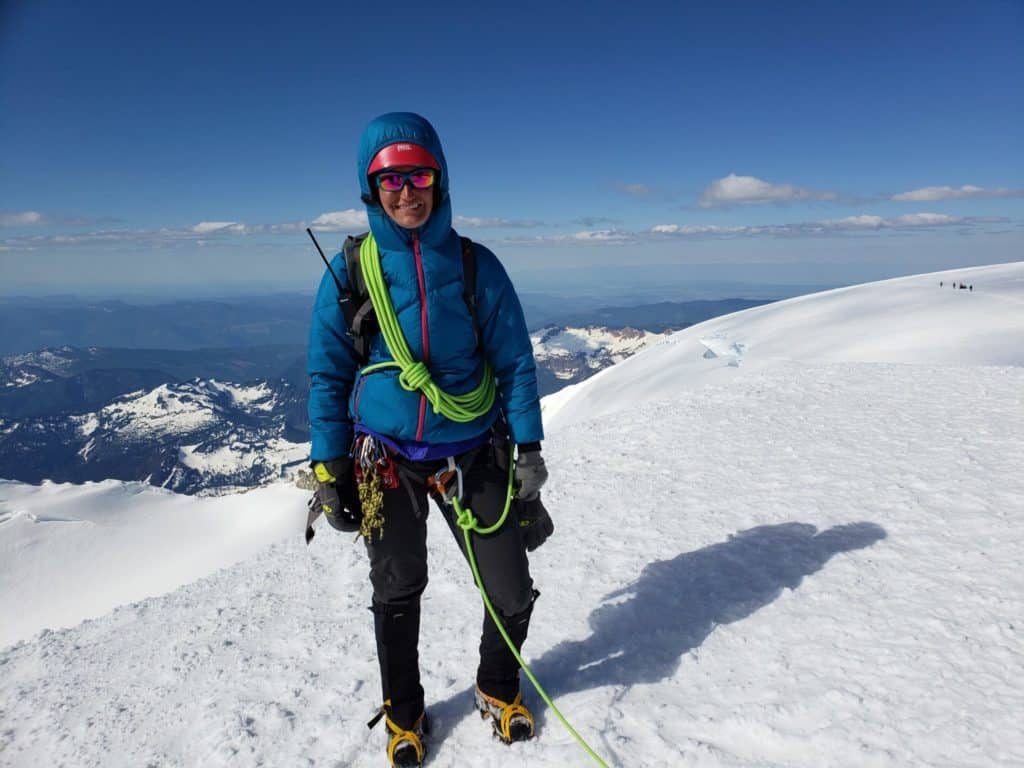 Thank you, McKenzie, for helping our program participants be successful in their recovery. This is why we’re here and why we do what we do. Thank you for everything you have done and continue to do to make this organization what it is today – to build healthy lifestyles for lasting recovery. You are appreciated more than you will ever know and Recovery Beyond is beyond thankful for your time, your dedication, your skills, your encouragement, your compassion, and your selfless and giving nature.

It’s amazing what the mountains can do for someone, how they can change lives, and what can happen when you know you can do anything you set your mind to.

Katie is the volunteer coordinator, storytelling lead, and is on the social media amplification team for Recovery Beyond. She currently works in the healthcare field.
More by Katie Zeitler